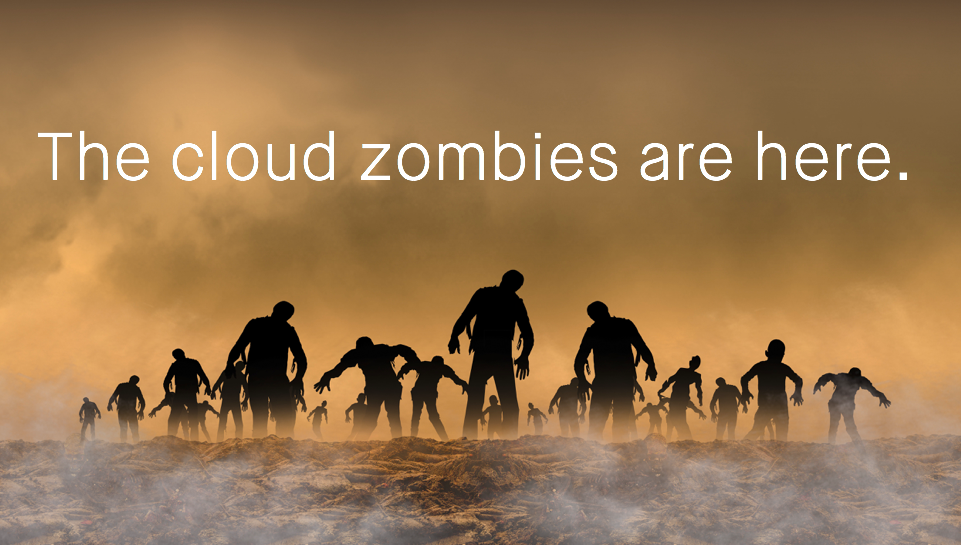 One aspect of cloud computing platforms like Amazon Web Services (AWS), Microsoft Azure, and Google Cloud Platform (GCP) is that it’s easier to create infrastructure resources than it is to destroy them. Even more challenging is maintaining full visibility over all of your cloud resources. Corey Quinn once said, and I’m paraphrasing, “the only way to see everything you have running in your AWS account is to look at your AWS bill.”

Not surprisingly, cloud customers wind up running—and paying for—more cloud infrastructure than they actually need. It’s not uncommon for enterprises operating at scale on cloud to be unable to account for 20% or more of the cloud resources they have running. While some of those untracked resources may still serve legitimate business uses (which itself is concerning if you aren’t tracking them), much of it is “orphaned infrastructure”—idle cloud resources in our environment that serve no business purpose.

Predictably, entire categories of consultants and product vendors have emerged to help customers get their cloud bills under control by helping find and terminate orphaned resources. Cloud “sprawl” has been a major problem since the beginning of the cloud era and it shows no signs of abating, which is a testament to just how challenging the problem really is.

But while orphaned resources are widely recognized as a cost problem that must be managed, few realize the significant security threat these untracked and unmanaged resources pose. From a security perspective, these costly orphans are actually dangerous zombies.

From Orphans to Zombies: Why untracked cloud resources are a security risk

The number one cause of data breaches in the cloud is misconfiguration, which is the responsibility of the cloud customer. According to Neil MacDonald at Gartner, “nearly all successful attacks on cloud services are the result of customer misconfiguration, mismanagement and mistakes.”

Eliminating cloud misconfiguration for the legitimate infrastructure we know about challenges the best DevOps and cloud security engineers. Large scale environments can involve tens of thousands of resources that span hundreds of accounts and involve effectively infinite configuration possibilities.

The misconfiguration risk posed by zombie cloud infrastructure isn’t just theoretical. It’s commonplace for cloud customers to discover zombie resources when they use visualization tools that generate cloud infrastructure diagrams. Humans are visual, and when they can visualize their cloud environment, zombies jump out from where they previously hid undetected in resource lists and cloud bills.

By definition, zombie cloud resources are:

And if a bad actor exploits zombie resources in your environment in order to breach your data, would you notice? Misconfiguration attacks involving infrastructure you know about are notoriously difficult to detect, even after the fact. If it involves your resources that you don’t know about, you’re probably not going to find out.

If you have AWS, Azure, or GCP environments running at scale, you should assume the presence of zombie resources. Eliminating the zombies you have and preventing them in the future will improve your security posture and save you money. A great side effect of cloud security is, when done correctly up front, it usually improves your bottom line.

Here’s some tips on how to effectively address the problem:

1. Establish full and continuous visibility into your environment

Getting visibility into cloud environments is possible because every attribute of every resource you have running is discoverable via cloud provider APIs. There are tools that can provide this for you (Fugue is one of them). Prioritize visual diagrams over resource lists in a table to make it easy to identify zombies that don’t belong by seeing the layout and relationships of the resources.

Fugue generates visual, interactive diagrams of your cloud environment like the one shown here:

Visual diagrams of your environments using a product like Fugue can help you identify zombies, but there are other tools available to help you determine which ones are true zombies:

Make sure you terminate zombies once you’ve identified them.

Using tags is one of the best ways to help you track and manage your cloud resources, but you need to establish tagging conventions and enforce them. Use resource names that are human readable and a point of contact, project name, and deployment date for each resource.

If you’re operating at some scale, you’ll want to adopt an infrastructure as code tool like HashiCorp Terraform or AWS CloudFormation, and an automated CI/CD toolchain like Jenkins or AWS CodePipeline. It will be easier to keep track of what you’re doing and identify resources created or modified outside of your pipeline.

5. Include dev environments in your security plan

Few realize that dev environments can pose a security risk to production infrastructure and data. A lot can be learned from exploited dev resources that can be leveraged elsewhere, so while we don’t want to slow developers down with too many restrictions, we want to give them the tools to do their work security and clean up leftover resources when they’re done.

Audits and compliance reporting are probably already happening at your organization, but it goes without saying that if you’re doing steps one through five, they’ll make this process easier. Make sure you’re including orphaned/zombie resource identification and elimination a part of your audit process.